Which Escape Room Character Are You? 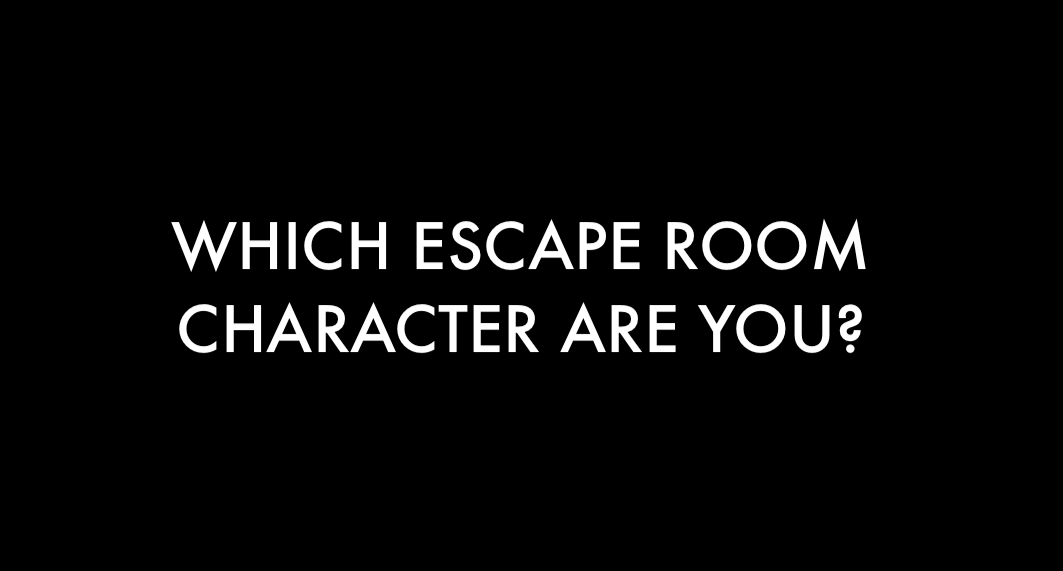 Which Escape Room Character Are You?

Teamwork is essential to complete escape room games and here at AIM Escape Rooms in London we have seen lots of different types of teams come through our doors (some more succesful than others!).

When it comes to being successful in escape rooms, it is key to have a good mix of different player types. In this article, we have compiled 5 of the most common player types we think are the best to beat any escape room.

Which one are you?

Every team needs one, and chances are if you don’t know who it is, it’s probably you! The team leader tells people what to do, where to go, when to ask for clues and usually makes the most noise. Perhaps they are an inspiring, organised leader, or maybe they are more of an Assistant to the Regional Manager type of leader.

It is important to have an organised leader in the team who can delegate puzzles, organise objects which have been found, keep an eye on the time and interact with the Games Master if that is part of the room.

Most escape rooms have at least one numbers puzzle in them and so it is always very useful to have a team member who is a maths master! I must admit that numbers are not my forte, so I usually take a watching brief when it comes to the maths puzzles, but having a great mathematician can help you speed through rooms without needing as many clues.

It may not always be the sexiest role in the team, but it’s one of the most important!

The brains of the group, the logic lord is a natural puzzler and someone who loves solving riddles! Logic puzzles make up a huge amount of the puzzles in most escape rooms. Therefore, when you’re compiling your escape room team, it makes sense to have someone who is good with logic puzzles.

Your logic lord should be able to think outside the box and come up with a a range of potential solutions. You will probably need to match symbols and look for patterns during an escape room and that’s where your logic lord can come into his own!

The free thinker is the sort of person who makes giant leaps in logic and they could just as easily come up with a correct solution as a solution so far away from being right, it is just down right hilarious. A free thinker is a great thing to have in a group though and in combination with a good leader and a solid logical thinker, they can make a successful team. You need someone to throw lots of potential ideas and solutions out there and this is where the free thinker is at their best.

You know the one; the one who is always climbing on everything, running around, opening every cupboard and door, lifting up sofas, dismantling props...the one which escape room owners are afraid of! You will probably need to do some sort of physical activity during an escape room though, for example, in our Spy Heroes room, we have a laser room which involves a good amount of movement and dexterity. These are the sorts of challenges where the most active member of your team will shine!

These are some of the most common types of escape room characters, but which one are you?

For more information and to book your next escape room in London click here.