Why AIM Escape is the UKs Most Immersive Escape Room 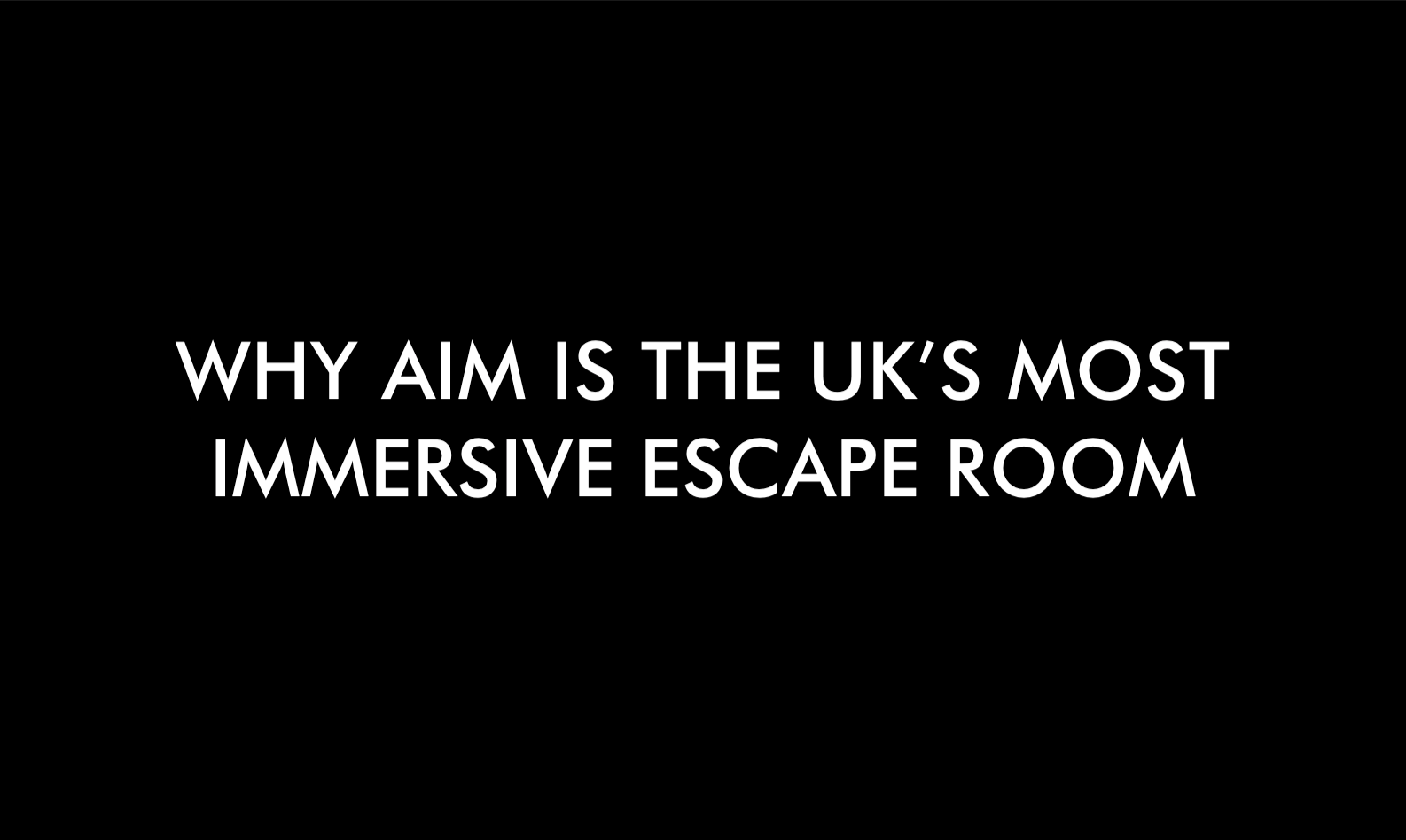 Why AIM Escape is the UK’s Most Immersive Escape Room

When it came to creating an escape room, we wanted to give our players a truly immersive experience. This means an experience which begins as soon as you set foot in the building and doesn’t end until you leave. Using a revolutionary combination of set design, sound effects, storylines and a character based clue system, AIM Escape produces an unparalleled immersive escape room experience.

In this article, we will take you through our vision for AIM Escape Rooms and how we accomplished it during the course of our planning and building throughout 2018.

One of the key areas we wanted to focus on when building an escape room was the set design. We wanted to build sets so immersive, that you could wake up in the room and truly believe your surroundings.

Each of our four rooms features multiple rooms within them and each individual room has been designed down to the most minute of details. We have a real crematorium in Psychopath’s Den, a bed and a shower in Hangover Deja Brew, a fully kitted out café in Spy Heroes and a whole range of laboratory tools in Patient Zero 2150.

When you visit some escape rooms, you may feel as though you are in an escape room. We don’t want that. We want you to believe that you are in a laboratory, a torture chamber, a café or a house party.

Sound design also plays a key role in each of our rooms. Our state of the art sound system is cleverly hidden throughout each of the rooms, bringing 3D sound to the players at all times throughout their experience. With a range of sound effects, music and voice overs, each game is built on the foundation of a thrilling soundtrack.

The soundtrack for each game is also fully automated and linked to both the time remaining and the completion of certain tasks, meaning that players will experience a level of immersion unseen in other escape rooms.

Here at AIM Escape Rooms, we use an intelligent clue system which means that players will remain completely immersed in their environments. We have a large number of clues for each puzzle which have been professionally recorded by the voice actors for each room. This means that clues will be delivered by characters from within your game, meaning that you are never exposed to the world outside your room.

We have four different narratives and games at AIM Escape Rooms, each bringing something completely different to the player.

Psychopath’s Den sees players kidnapped and held in a terrifying torture chamber from which they must make their escape. This game sees players travel through a series of rooms, each more deadly than the last, before coming face to face with their fate.

Patient Zero takes place in the year 2150, with rogue scientists having created a deadly virus which turns humans into zombies. You have been tasked with the challenge of entering the laboratory, finding a cure and escaping before it’s too late.

In Spy Heroes, you are off to meet your friend James at his favourite cafe, but all is not as it seems down at Molly’s Diner! Featuring a laser room, infrared keyboards and hand scanners; players will have to become international spies to save their friend.

As you can see, we have gone to great lengths to ensure that our escape rooms are the most immersive in the UK. The AIM combination of set design, sound effects, storylines and clues, provide players with an escape room experience like no other in London.

If you're ready to experience the UK's most immersive escape room, head over to our bookings page now!